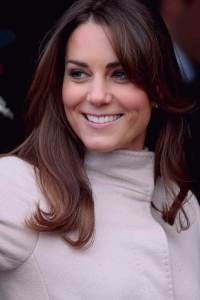 Finally!!!! Kate Middleton and Prince William, the Duke and Duchess of Cambridge, are expecting a baby… for real this time!

After much speculation over the past month, the Princess is officially in the earliest stages of pregnancy, as confirmed this morning by St. James’ Palace.

I can’t believe she’s officially going to give birth next year to the next future king or queen of England. This calls for a celebration!

No Wedding Bells For Kimye…. Yet

Well, it looks like Kim Kardashian is back in the spotlight again.  On Wednesday, the 32-year-old reality star was spotted leaving a Christian Louboutin boutique in Miami sporting a huge gemstone ring on her pinky finger. This sparked rumors that the ring could potentially be an engagement ring from her rapper boyfriend, Kanye West.

A source, according to E! News, confirms that Kim and Kanye are indeed not engaged, even though the rumor mill would love to differ.  What I am amazed by, is that a pinky ring… on her right hand… would spark such a ridiculous rumor. Not only is it not on the appropriate finger, but it isn’t even on the correct hand.

Are people trying desperately hard to push these two to get married, or are they that bored that they make up such ridiculous rumors about a fancy ring she felt like buying? I say both.

Spice Girls Are Back!… Kinda 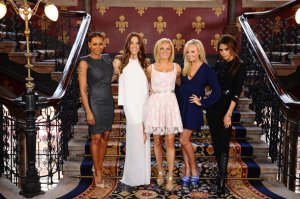 I could not be more excited to announce this; This morning in London, the former 90’s girl group the Spice Girls got together to announce the news about their new musical “Viva Forever,” which showcases all of their hit songs.

Even though Victoria Beckham, Emma Bunton, Melanie Brown, Geri Halliwell and Melanie Chisholm have sold 75 million records around the world, the girls will not be the ‘cast’ of the musical. (I’m actually super bummed about that part.) The mastermind behind the musical is producer Judy Craymer, who has produced the hit musical “Mamma Mia,” showcasing another famous musical group, ABBA.

According to Yahoo, “Viva Forever” begins previews in November, then opens at London’s Piccadilly Theatre on December 11.

You can look for me in the audience once the musical hits the states; After-all, I’ve been spicing up my life since 1994!

Prince William, second in line to the throne of England, turns the big 3-0 today!

The Duke of Cambridge, alongside his wife- Kate Middleton, Duchess of Cambridge- will be celebrating the milestone in his life with a low-key celebration with family and friends.

According to Huffington Post, William stands to inherit an estimated 10 million pounds ($15.7 million) today under the terms of the will of his late mother, Princess Diana of Wales.

Sounds like an incredible, personable birthday for the King-to-be… We here at JenDanczak.com hope it’s a great one for you, Wills!

Sorry I have been pretty M.I.A. for the past month, I have been loaded with end of the semester school work, work, a new internship with “Mojo In The Morning” at Detroit’s Channel 955, moving, and of course life. I will be back soon!